Fiesta in San Antonio: A Celebration of Culture

This 10-day festival honors San Antonio's history and makes sure a good time is had by all.
By: Elaine Aradillas

San Antonio’s culture is its richest treasure. It is deep-rooted within its architecture, food and lifestyle. Each year in April, the city revels in its heritage by celebrating Fiesta, a 10-day citywide festival that attracts more than 3 million people and is a tradition that's more than 118 years old.

Fiesta started as a way to honor the men who died at the Alamo and the Battle of San Jacinto. In 1891, a group of women decorated their horse-drawn carriages and threw flowers (instead of bullets) at each other in front of the Alamo. That tradition has transformed into the Battle of the Flowers parade, which attracts more than 350,000 people. It’s actually a school holiday and many businesses close for the day since people are watching the parade meander through downtown or they’re actually participating in it. But that is just one of many parades. Others include the Texas Cavaliers River Parade, the Flambeau Parade (which takes place at night) and the popular Pooch Parade (for all the dog-lovers).

But what would tradition be without controversy? The Coronation of the Queen of the Order of the Alamo is a lavish affair for the city’s elite. Similar to debutantes, these young women with well-known family names are deemed duchess, princess, and of course, the queen. They wear elaborate bejeweled gowns made of the finest materials. The Order of the Alamo, a men’s social organization, refuse to say how much each gown costs, but rumors abound that they cost in the tens of thousands. As the newly crowned ladies take their bow, there’s a parody of the tradition taking place at the Cornyation: The Raunchiest, Cheapest Event of Fiesta San Antonio. For three nights, local actors poke fun at the city’s politicians and prominent leaders.

A Feast for the Senses

If pageantry and political satire aren’t your thing, there are still nearly a hundred events left to choose from -- most of them involving food. There’s the Fiesta Oyster Bake, which takes place on the campus of St. Mary’s University, one of the city’s many private universities. The event started out in the early 1900s as a party for alumni but eventually grew to a campuswide party that raises funds for the campus. More than 100,000 oysters are offered up baked, fried and raw. If oysters aren’t your thing, there’s "A Taste of New Orleans," which has grown into one of the more popular Fiesta events serving assorted gumbos, jambalaya and catfish, all while Zydeco bands jam in the background.

But if you’re looking for variety, which includes oysters, gumbo and more all under one roof, visit a "Night in Old San Antonio," more commonly known as NIOSA. The official pronunciation is knee-oh-sa, but most locals pronounce ni-(like high)-oh-sa. Revelers walk through Old San Antonio's closed-off streets lined with 250 booths and stock up on their tumblers by collecting the official cup at any of the beverage booths, stacking them sky-high. Each alley and street is transformed into a themed section. There’s the French Quarter where the shrimp po’ boys are amazing. Frontier Town always has a line for the adventurous eager to try Cowboys Paradise, or more politely known as calf fries (and if you still don’t know what it is, they’re calf testicles -- a delicacy in these parts). There’s brisket on Main Street and German beers on tap at Sauerkraut Bend, but the longest line is at the Haymarket for Maria’s Tortillas, handmade buttered corn tortillas filled with cheese and salsa. It’s worth the wait!

Get Egged with Confetti

But no fiesta week would be complete without the flurry of confetti flying from cascarones, also known as confetti eggs. Cascar is Spanish, meaning to crack. It’s tradition for families to save their eggshells (in preparation for Fiesta and Easter) by cracking a hole in the top of an egg and draining it of its yolk. The shells are washed, dried and saved until ready to paint and decorate. They are filled with confetti and the hole is covered with colorful tissue paper. Throughout the week, don’t be surprised if a cascarone is cracked on top of your head. It's a sign of friendship and good luck. Shake out the excess confetti from your hair, but leave some in to show your fiesta spirit! 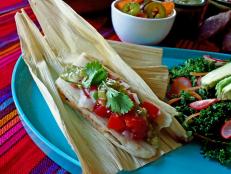 Where to go and what to do in San Antonio? This vistor's guide leads the way. 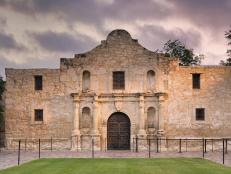 Here, a cheat sheet on the city's demographics and history. 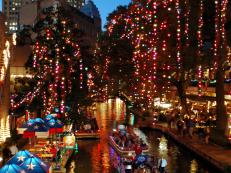 Learn about the attractions that put San Antonio on the map.

Learn about the neighborhoods that give this Texas city its small-town feel. 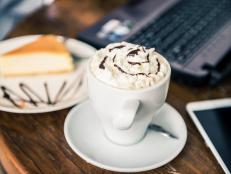 Whether you're visiting San Jose or have recently moved to this northern California metropolis, here's the scoop on the best places in town. 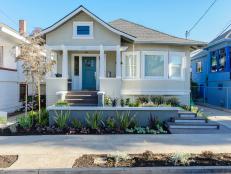 Get to know the personalities of San Jose's most popular places to live. 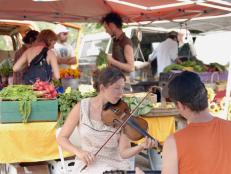 Where to eat, drink, and play in this Southern California city. 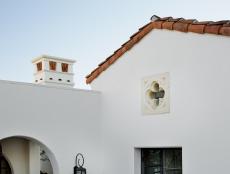 Get to know the ins and outs of San Diego with these local insider tips. 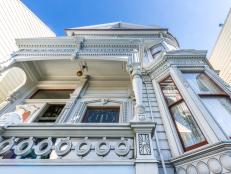 Local Life and Lore in the San Francisco Bay Area

Before you visit San Francisco's Bay Area, brush up on these facts to fit in with the locals.